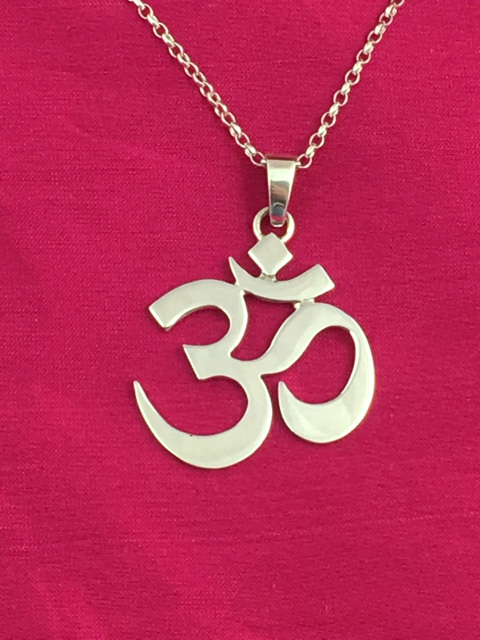 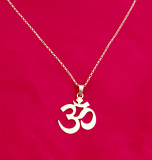 Sterling silver 'OM' symbol Pendant , this beautiful rendition of this, the most powerful of spiritual symbols. Approximate size 30mm wide by 40mm high including the Bail,

Chain not included in the price.

Om's sound and symbol are  believed to illustrate unity between the "three worlds" in Hinduism: earth, heaven, and atmosphere.

With each curve, dot, and stroke symbolising a key component of the mind. The bottom-most curve on the left reflects the waking mind, the curves above that illustrate the mind in deep sleep, the curve to the far right reflects the dreaming mind, and the dot represents the fourth , unknown state of consciousness, which is believed to be so far from the human experience that it must be separated by the semicircle you see beneath the dot. Altogether, Om is the sum of all four states of consciousness.